Christmas is coming quicker than you think!
Book in for your 30min Pre Christmas Session now!
Perfect for: 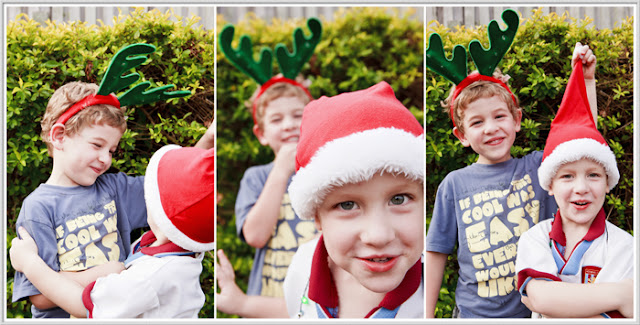 Sessions details:
Posted by Anita at 10:04 PM No comments:

Never before have I been to a wedding where the Bride & Groom (and the rest of the family) are so relaxed throughout the entire day..... until I met Kara & Andrew. After 8 years together they were married last month aboard a 76ft yacht off the Gold Coast. Now even though the day, location and boat plans all had hiccups and last minutes changes Kara & Andrew were as calm as they could be, realising as many of us don't on their 'big' day, that the little details don't matter. All that matters is that they were doing things their way, stress free and with their nearest and dearest.
Their nearest and dearest were the only ones who knew they were getting married that day, the rest of their family and friends were preparing for their Engagement Party at Royal Queensland Yacht Squadron later that night (coincidentally the Marriage Celebrant and myself also had our Wedding Receptions here!).
After a week of nothing but rain, the clouds cleared and the Gold Coast put on a beautiful day, a perfect day to be out on a boat. After a cruise around the Spit the anchor was dropped and the ceremony began. Even at this time there were no sign of nerves or stress from either Kara or Andrew. Following a simple but touching ceremony the official announcement was made and sealed with a kiss that knocked the brides veil off - literally. An impromptu 'high five' finished off the occasion and everyone settled down to enjoy the cruise around the Gold Coast canals for the next few hours. Once docked back at the Marina everyone headed back to Brisbane where Kara & Andrew surprised their Engagement Party guests with the news that they were actually already married! A big surprise for even the most skeptic of guests who were predicting they were getting married that night.....

I left them later than night as the party was well into way and all I can say is what a way to get married! Calm, stress free, relaxed, perfect. Congratulations Kara & Andrew, wishing you all the very best in the years to come.

"In the cherry blossom's shade there's no such thing as a stranger."
— Kobayashi Issa 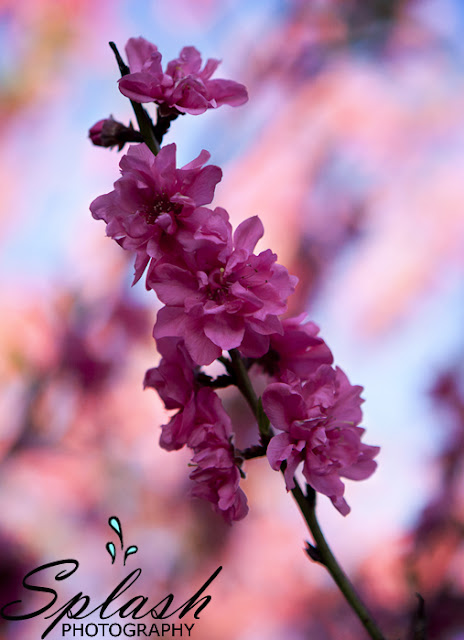 I recently photography a family in the local area. Their one request was that it had to be in front of their Cherry Blossom Trees they had planted around their house. Of course I managed to snap a few images of just the flowers themselves while I was there :)
The cherry blossom is a very delicate flower that blooms for a very short time. For the Japanese this represents the transience of life. This concept ties in very deeply with the fundamental teachings of Buddhism that state all life is suffering and transitory. The Japanese have long held strong to the Buddhist belief of the transitory nature of life and it is very noble to not get too attached to a particular outcome or not become emotional because it will all pass in time. The fallen cherry blossom is not taken lightly in Japanese symbolism either. It often represents the beauty of snow and there are many connections made in Japanese literature or poetry to a fallen cherry blossom and snow. This also has been extended to the life of a warrior whose life was ended early in battle.
Article Source: http://EzineArticles.com/239057
Posted by Anita at 10:22 AM No comments: